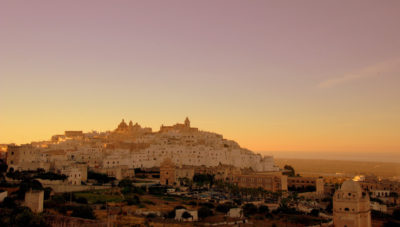 Apulia was colonized by the Greeks in the 8th century BC, but when they got there Apulia was already occupied by the Lapigi. The two tribes of Lapigi people, Dauni and Messapi may have been the originators of the traditional Apulian dwelling known as Trulli. These conical stone houses are built without mortar and may have an ancient history dating back thousands of years to these original Apulians, but it is not proven. The word Apulia is a Roman corruption for the name of these Lapigi, who appealed to the Romans for help against their long-time enemy, the Samnites. Rome finally occupied Apulia but nearly lost it all at the hands of Hannibal at the battle of Canne (in Apulia) in 216 BC. 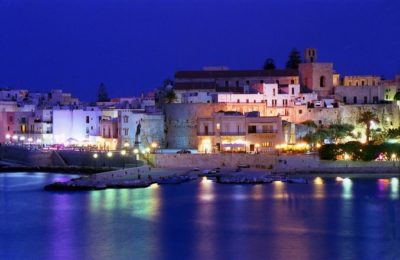 During its height, Rome built the Via Appia from the capital to the Apulian port of Brindisi, connecting Apulia to the rest of the Empire. After the fall of Rome, Apulia was contested between Byzantines, Longobards and Arabs until the Normans conquered all of southern Italy. Apulia would later prosper under Emperor Frederick II (Stupor Mundi), before passing into the hands of the House of Anjou and by 1442, the Spanish House of Aragon. Apulia was later absorbed into the Kingdom of Naples and shared a similar history with the rest of southern Italy until the arrival of Garibaldi in 1860, thus starting the history of modern Italy. Today Apulia is awakening from its slumber, catering more to tourism and sharing its culinary delights – especially its olive oil – with the rest of the world.